We all think that we will only walk down the aisle once, but figures show that this is simply not the case anymore. The ideal of marriage is a fast-changing one, with divorce rates higher than ever and more and more people opting not to wed.

1. Falling Out Of Love

In the UK, falling out of love is the single most common reason for divorce and it is usually the most amicable. In such instances, a couple must be separated for 2 years with consent, meaning that both parties want to end the marriage.

Karen Kayser defines falling out of love as a three-stage process.

These three steps ultimately end up resulting in the most common cause of divorce – falling out of love.

Unsurprisingly, finances are the next most common cause of divorce. Money troubles can cause contention between any couple, healthy or not, which is what makes it such a common reason for divorce. However, the actual reason for a financial-based divorce is one of the parties being bad with money. This is also known as financial ineptitude, and some common examples include:

The impact of financial trouble on marriages is undeniable and frightfully common in the UK.

3. Personal Issues With The Other Party

The next most common cause for divorce is the other party having personal issues. What this means is that things such as mental health issues and problems with the family get in the way of the marriage. One of you may have some difficult in-laws that are throwing things off. But, whatever the personal issues are, they can have a severe impact on the marriage, causing it to be one of the most common reasons for divorce.

4. A Lack Of Attention

The fourth most common reason cited for divorce is a lack of attention and general affection. Often, spouses are left feeling emotionally neglected as they feel their partner is losing interest in them.

Commonly, the reasons for this included their spouse wanting to spend less time with them, and more time doing other things instead like seeing their friends.

When a lack of attention is not communicated, it can lead to resentment, which is silent and deadly.

It is indeed the males that boost this one up to our midway position on the list. In fact, a whopping 72% of people say that they are dissatisfied with their sex life. With these stats, it’s no wonder that a lack of sex ranks so highly on this list.

This is a fairly gendered statistic, as we see more and more men actually filing for divorce for the reasons stated above.

6. A Breakdown In Communication

As much as it sounds like a cliche, communication really is key in any relationship, married or not.

Without it, we begin to resent our partner silently and stop voicing our frustrations. This in turn can lead to escalated conflict.

So what could have been resolved by simply communicating has now ballooned into something much larger.

Unfortunately, addictions are becoming more and more commonplace and so is their impact on modern-day marriages.

The most common types of addictions include alcohol, gambling, drugs and gaming. All of which are frequently mentioned in many divorce petitions. Addictions change your life and alter the way you see the world, so it’s no surprise that they can have such a devastating blow on marriages. 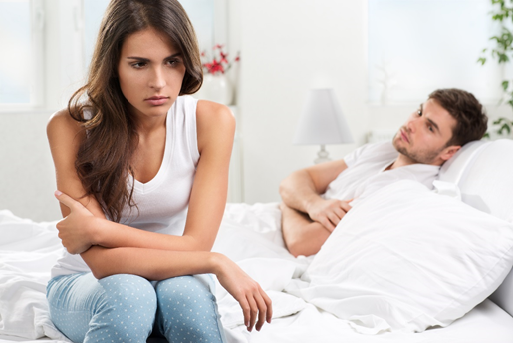 8. Abuse Within The Marriage

Again, this is one of the less comfortable points on this list to discuss. The subject of abuse is uncomfortable but important to keep open.

It comes in many forms, including physical, emotional, sexual, financial and many others. But sadly, many people will stay with an abuser due to the emotional cycle of such relationships and out of hope that they will one day change their ways.

I think this one is a no-brainer, and one of the most valid reasons for divorce there is.

If you’re in an abusive relationship in the UK, don’t suffer, contact family solicitors in Leicester and start the process of divorce today.

Adultry itself, has played a significant role in the breakdown of millions of marriages for centuries. However, the 21st century has made it easier than ever to cheat on your significant other. With apps like Tinder, Instagram, Hinge and more in our hands, it is so easy to commit this act and do it discreetly.

So, unsurprisingly, this makes the list of the most common reasons for divorce in the UK, with nearly 20% of all marriages in England and Wales ending because of it.

So, What Do I Do If I Need A Divorce?

Divorce can be a long, arduous process and applying for it is merely the first step of many. However, if you feel that you have valid reasons for divorce, then it is absolutely the right thing to do.

Tags: Divorce In The UK